Play, not tests for the under-sevens

Upstart Scotland’s latest campaign is “Play, not tests for the under-sevens”. Following the official launch on April 23rd 2018, these leaflets will be distributed by Upstart supporters. The leaflet is available for download by clicking on the link below.

Upstart’s national launch was on May 15th 2016 when we built a ‘tower of evidence’ outside the Scottish Parliament. 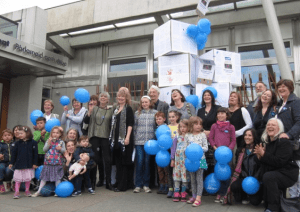 Since then we have acquired many more supporters and have become a registered charity.