at ‘In the Footsteps of Giants’, Edinburgh, 14th March 2020. Tickets on Eventbrite 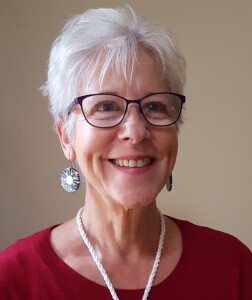 Janni Nicol currently works for the Executive of the Steiner Waldorf Schools Fellowship (SWSF) (www.steinerwaldorf.org) with the overview of Birth – 7 year old provision in the UK (including Scotland, Wales and Ireland).  The SWSF is the umbrella organisation for Steiner early years and Independent Steiner schools.

Janni trained as a Steiner kindergarten teacher in South Africa where she was a pupil at, and then taught in the first Steiner school in Cape Town. After moving to the UK, she started a parent and child group and kindergarten in Cambridge, now a Steiner primary school and early years centre. 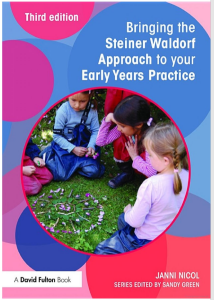 She has contributed to government consultations on early childhood, working with the Early Years Forum, a coalition of early year’s organisations. She is a champion for Birth – 7 as the foundation phase, and a later start to formal learning as practised in Steiner education.

Janni has written many articles and books on creative play, crafts, puppetry and Steiner early years education. She is also a Steiner teacher trainer, lecturer and early years consultant. She gives talks and workshops internationally and is on the board of the International Kindergarten Association IASWECE (www.iaswece.org). Her great love is puppetry and storytelling.