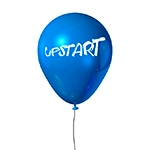 Upstart has to convince parents, politicians and the Scottish public about the enormous importance of play-based kindergarten stage (3-7) for children’s long-term health, well-being and educational success. To start this process, we want to draw on the enthusiasm and expertise of Upstart supporters all around Scotland and stage a week of activities, starting on Sunday May 15th (National Children’s Day UK). 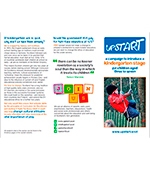 National Launch Week will kick off with a nationwide leafleting campaign on May 15th(we need as many people as possible to help with this – for information about getting involved, click here). At 4.30pm there will be a Launch Party in Edinburgh for supporters, invited guests and national media (BBC Scotland has already asked to cover it), where children will help build an ‘evidence tower’ to illustrate the huge body of research-based evidence supporting Upstart’s case. Where possible, there will be similar launch parties in local networks around the country, for supporters, local opinion-formers and media (further information here).

During the following week, supporters around the country are invited to organise Upstart-related events in nursery settings, primary schools, play-groups, family centres, forest schools, universities – anywhere with connections to early years education. These could be play-based workshops, performances, meetings, discussions, ‘Upstart information desks’ — anything that helps spread the word about Upstart and why it’s vital to change the ethos of education 3-7. For more information, click here.

Please help us make National Launch Week a success. The more people who get involved, the more impact Upstart can make.