Let’s Hear It For Story and Song

I love hearing little children sing – not just because it’s such a joyous sound but because I know from research how important singing is in human development.  The latest blog contains:

Let’s Hear It For Story and Song!

Adapted from The Three Rs (Chapter 4 of Upstart: the case for raising the school starting age and providing what the under-sevens really need – to be published by Floris Books, June 2016)

There are two extremely helpful activities, threaded throughout the day in most European kindergartens, which children enjoy enormously, and which human adults have unconsciously used to develop children’s language and listening skills since time immemorial – story and song. Unfortunately, in UK preschools and early primary classrooms, parental anxiety and ‘top-down’ pressure to meet literacy and numeracy targets mean practitioners have little time for these popular early years activities. But, as a literacy specialist, I’m convinced that over-focus on academic skills in the years between three and six is often counter-productive. 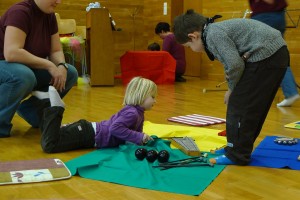 Let’s start with the developmental advantages of singing. Along with dancing and moving to music, it helps sensitise children to rhythm and pattern, develops their coordination and control (including the ability to articulate clearly), and enhances connectivity between the left and right hemispheres of the brain. Singing is also very helpful for developing memory skills, upon which a great deal of human learning depends. All sorts of facts are easier to remember when set to music (the alphabet, for instance, and the times tables) and learning any song by heart helps strengthen children’s auditory memory – that is, the ability to remember increasingly long sequences of sound. This is vital for a species that communicates in the long sequences of sound known as language.

It also explains why children enjoy songs, rhymes and musical activities so much. Nature has programmed them to do so. Evolutionary biologists believe that, even before homo sapiens developed language, Neanderthal parents were crooning to their off-spring and yodelling messages across the hunting grounds. And anthropologists tell us that every human culture that’s ever existed appears to have had a tradition of song and dance. So when an activity that aids learning comes so naturally to young human beings, it makes sense to encourage it. (‘Why do you do so much music,’ I once asked a Finnish kindergarten teacher. ‘Music trains the mind to pattern and the ears to sound,’ she replied, clearly amazed that any educator would ask such a daft question.) 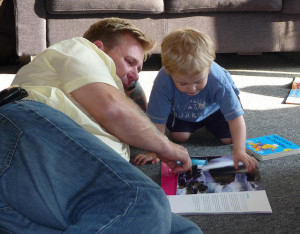 Nature has also programmed children to enjoy stories. Listening to a well-told tale tunes them into the rhythms and cadences of speech and the more often an adult retells the tale, the more meaningful particular words and phrases become. The young listener thus finds it progressively easier to follow the thread of a narrative, understand the meaning of new words and expressions, and reproduce these words and phrases in their own speech.  When we read stories to children we also develop their auditory memory for the rhythms, patterns and devices of written English so that – once they’ve got phonics sorted – they’ll find it easy to follow the flow of written sentences, then paragraphs, then complete narratives.*

Stories are important for thinking skills too. Repeated exposure to spoken narrative develops children’s capacity for linear, sequential thought – the sort of thought required for logical analysis (it’s no coincidence that we talk about being able to ‘think straight’). And since the actions of the characters in stories have consequences, narrative helps drive home the significance of cause and effect, not to mention offering insights into human behaviour and opportunities to ponder moral dilemmas. What’s more, while they’re listening to a story, children have to ‘make the pictures inside their heads’, a serious contribution to their long-term capacity for mental imagery and creativity. 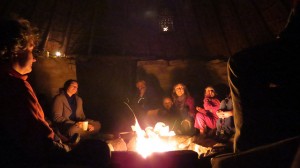 And there are wider implications. The educational philosopher Kieran Egan maintains that homo sapiens is ‘a storying animal; we make sense of things commonly in story-form; ours is largely a story-shaped world‘ and that stories are basically ‘[mental] tools for organising our emotions‘. Since one of the most significant factors in early childhood is learning to understand and control emotions, this gives listening to stories an important role in self-regulation as a whole.

*Incidentally, children who’ve enjoyed lots of sing-songs should find it comparatively easy to sort out phonics, because singing aids the developmental of phonological awareness. This starts with children’s appreciation of the ‘beats’ words (syllables), then the significance of rhyme, and  finally their sensitivity to pitch – vital for discriminating different vowel sounds.

Now have a look at this powerpoint slide by Maria Kay, author of Sound Before Symbol (Sage Publications). It sums up how music and singing support the development of numerous subskills that underpin literacy development.  Unfortunately we can’t include animation for this slide, so that you can build up the subskills gradually, but if anyone wants a copy sent by We Transfer, please email sue@suepalmer.co.uk

For more information about Maria’s work see: Sounds and symbols