Did Scotland have the world’s first kindergarten?

According to history, the first play-based kindergarten was Frederich Froebel’s ‘Institute of Play and Activity for Young Children’, which had its roots in the school he opened in 1817. Froebel went on to devise a world-famous system of early years education and care. But was his kindergarten the first in the world? Over a year before his school opened its doors, another Institute, which also pioneered a play-based approach to early learning, was launched in Scotland.

Scotland already had a well-established commitment to universal education (at least for boys) with ‘a school in every parish’, dedicated to promoting literacy and dating back to the days of John Knox. But when, on 1st January 1816, the social reformer Robert Owen (1771-1858) opened his ‘Institute for the Formation of Character’ for the children of mill-workers at New Lanark, he extended educational provision to much younger children, basing it on a child-centred philosophy that was far ahead of his time.

An extract from the Owen’s speech on the opening day of his Institute shows his appreciation of the importance of early years care and education:

‘It must be evident to those who have been in the practice of observing children with attention, that much of good or evil is taught to or acquired by a child at a very early period of life; that much of temper or disposition is … formed before he attains his second year; and that many durable impressions are made at the termination of the first 12 or even 6 months of life.’

The Institute’s ‘infant school’ therefore accepted children from the age of one, although contemporary reports say the youngest pupils were probably two or three years old. Since children didn’t move up into the main school until they were around seven, Owen catered for the same age range as Froebel and subsequent early years pioneers, such as Rudolf Steiner and Maria Montessori.

Owen’s approach to early education clearly involved a great deal of self-directed learning – during fine weather the children were encouraged to play all day in a large playground outside the Institute. There were three rooms for use on wet days, including a large schoolroom where the walls were decorated with pictures (mainly of animals) and maps. It was also regularly supplied with 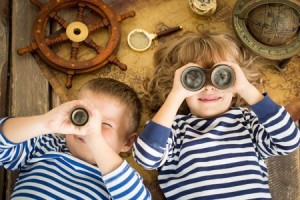 ‘natural objects from the gardens, fields and woods – the examination and exploration of which always excited their curiosity and created an animated conversation between the children and their instructors.’

‘they were on no account ever to beat the children or to threaten them in any word or action or to use abusive terms; but they were always to speak to them with a pleasant voice and a kind manner. They should tell the infants … that they must on all occasions do all they could to make their playfellows happy – and that the older ones, from 4 to 6 years of age, should take especial care of younger ones, and should assist to teach them to make each other happy.’ 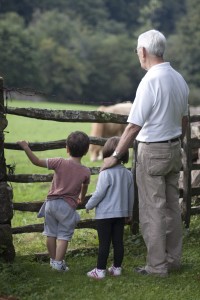 Owen was also very keen on the civilising effects of music: all ages of children were taught to dance and those of four and upwards had singing lessons. But he insisted that no child should be forced to learn in any way and that ‘the children were not to be annoyed with books’. The contribution of their adult carers was to explain

‘the uses and nature or qualities of the common things around them, by familiar conversation when the children’s curiosity was excited so as to induce them to ask questions’.

It’s thought that Owen’s educational views were influenced by the work of the Swiss writer and teacher Johann Pestalozzi, who was also Froebel’s early mentor. There’s certainly a great deal of similarity between the ideologies informing the two Institutes and, since Owen opened his establishment a full year before Froebel began his school, it can definitely be claimed that Scotland had the world’s first kindergarten.

However, although Owen’s experiment in play-based early education was acknowledged by contemporaries to be a success, it was short-lived. He was a social reformer with interests in many social and political initiatives (for instance, he campaigned for an eight-hour working day and is recognised as one of the fathers of the cooperative movement) as well as a business entrepreneur (running the mill that financed his schemes) so the ‘infant school’ was merely a sideline. A decade after its inception, he decided to leave Scotland for America where he hoped to build a Utopian community in New Harmony, Indiana. So New Lanark Mill and its Institute for the Formation of Character were sold. Subsequent owners saw little point in providing outdoor play and stimulating conversation for the under-sevens.

Froebel, on the other hand, went on to become one of the most influential figures in early years education. Indeed, Scottish EY provision today is greatly informed by Froebelian principles, which is one of the reasons Upstart adopted the term ‘kindergarten’ (literally ‘children’s garden’) for the educational ethos that works best for the three to seven age group. We’re delighted to discover that, two hundred years before our campaign launch in 2016, three- to seven-year-olds in Scotland were the first ever children in the world to enjoy a system of education and care that emphasised social and emotional development and outdoor, self-directed play.

The quotes about New Lanark in this piece are taken from:

For details of free workshops at New Lanark for parents and children on ‘How To Nurture A Joy of Learning’ see https://www.eventbrite.co.uk/o/nlps-parents-association-12822352540