I Don’t Take My Kids to the Park Anymore

By a parent and fervent Upstart supporter

Why? Because post-millennium parents are increasingly under pressure to monitor their children every millisecond of the day or else be considered neglectful. No longer can a child of a certain age run free in the aisles of a mid-sized supermarket unnoticed, 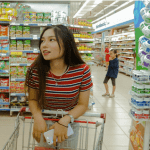 unjudged and unreported. Nowadays if a child’s name was shouted over the loudspeaker, the parent would be expected to sprint Jason Bourne-style to the desk, arrive breathless and express their relief and gratitude for the life-preserving act of the employee. Phew! They would apologise profusely and try to explain  (between tears and smothering hugs) that while they had been ordering cheese at the deli counter, they had looked away from their offspring for a full four seconds – the shame!

Okay so I’m exaggerating, but sadly not that much. Something happened in the generation between my own childhood and that of my children. Something subtle, gradual and which parents have become unwittingly complicit in establishing and perpetuating. I’m only fully acknowledging it now as my own children reach an age where they need more independence and freedom. The causes of this change? Well, at least one of them is the ubiquity of health and safety regulation.

I will qualify that, however, as I’m not disputing that health and safety has done a lot of good as well. Building regulations for one have made on-site accidents few and far between in comparison to the days when hard hat 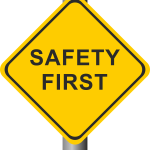 s were not compulsory. However, its tentacles have reached into every sphere of life and it is completely undermining parents.

I don’t get to decide, as my parents did for me, what is right for my child – despite being the one who knows their abilities and needs best. Apparently I require a plaque on a toy car ride in a shopping centre to tell me what age my child has to be to go on it. The parents’ view is definitely not required. And don’t get me started on the irony of “children must be supervised at all times” in soft play centres with their multiple levels and labyrinth-esque climbing frames. Sure, Mr Fun House, I can use my superhuman power of seeing through steel, chutes and rubber mattresses in order to do that! I’ll be checking Facebook thank you in whatever time I can snatch between tantrums.

Parents have been robbed of the right to decide what is appropriate for their children because insurance policies hinge on detailed definitions not subjective interpretations. No company is going to provide indemnity cover for an organisation which refuses to follow their dictates on what they must have policies on. Not having insurance would cost companies a great deal more but parents and children are paying a price too. 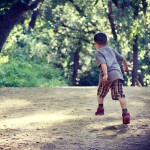 It’s also stifling our kids. Instead of finding out if they can fit on a ride to determine if they are of age for it, they are chided and told to get off by what must seem to them as arbitrary and inexplicable rules. They don’t see danger; they see opportunity. Such prescriptions put pressure on parents and create stress when they find themselves in the position of enforcer despite their kid just wanting to explore and play and have fun. Risky play is imperative for healthy child development because if they are not exposed to risk, they won’t learn to manage it. Parents should be able to do their traditional job of intervening when necessary, not being the unpaid employees of insurance firms.

And it’s not only indoor toys this applies to – some playground equipment now has age ratings on it as well. You can’t just take the kids to the park anymore and let them get on with it while you have a well-earned break on the bench. No, that would be lazy parenting. Your child might try to go on the age eight plus frame despite having the climbing skills of a ninja at four.

So what can we do about it? Do we complain to every company or simply capitulate so as not to be reported to the social work department for neglect? I’m not exaggerating here. I don’t let my child out to play in the street as I did at their age because a) there’s nobody else for them to play with and b) I genuinely worry 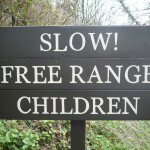 about being reported and that anxiety just isn’t worth it. So is it worth trying to reform things when nothing is likely to change during the period in which I’ll still feel obliged to supervise my children’s every blink?

Well doing nothing definitely won’t change anything but doing something just might. A parents’ representative body could perhaps ask some big questions on our behalf e.g. Why does health and safety need to undermine parents? Do the two have to be at odds? Can there be a waiver form to sign rather than employees questioning my parenting style when I let my child be pushed about on a trolley with no sides in a DIY store (yes this did actually happen)? We could write a collective letter to the Children and Young People’s Commissioner asking for help to ensure Articles 3 and 6 of the UNCRC are being realised for our kids (“adults should do what is best for me” and “I should be supported to live and grow”)? Maybe we should even appoint our own commissioner to champion the rights of parents! 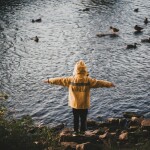 Unfortunately, I don’t have a simple solution and I don’t have the energy or enough free time to do much of the above but at the every least I will keep talking about my concerns. Everything I have read about what makes well-adjusted, high functioning and happy adults involves giving children a healthy dose of freedom to explore their boundaries, think for themselves, take risks and learn from them. We’re already seeing the damage being done by restricting this: more children with obesity, type 2 diabetes, screen addictions and mental health issues, to name but a few.

Yes, mistakes will be made, knees will get scraped – but we have to stop pouncing on these as indisputable signs of neglect, vilifying parents in the process and keeping children in the albeit very comfortable prison of home as a result. Our streets are safer than they have ever been – paedophiles and child-snatchers are not lurking on every corner.  There is and has always been a greater likelihood of a family member harming a child than a stranger and it also stands to reason that there are more unknown dangers online. We need to rea 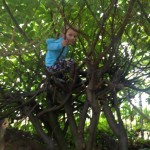 lise this reality and challenge conformity.

I still feel on my own on this though so I’m not quite ready to let my kids fly solo. However, I don’t take them to the park anymore; I take them to the woods where they can run freely and where there are no safety warnings or age ratings on trees.

At least not yet.