Hold fast to the ambition, Scotland! 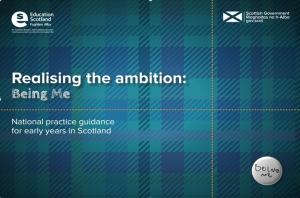 In spite of coronavirus, Scotland’s early years sector has seldom (if ever) been so bright-eyed and bushy tailed.  The reason, of course, is Realising the Ambition: Being Me – new practice guidance, published by Education Scotland in February, covering the whole of CfE’s early level (three- to six-year-olds). After a decade of fudged messages, at last there is clear guidance across the nursery-P1 divide.

It’s exciting guidance too. Realising the Ambition (RtA) is uncompromisingly committed to principled play-based pedagogy, and based on the most up-to-date research on child development. So, in spite of the official postponement of the 1140 hours nursery expansion, in spite of concerns about social distancing and infection control, in spite of problems with funding and staffing ratios, RtA has unleashed a flood of enthusiasm in early years professionals across the land. 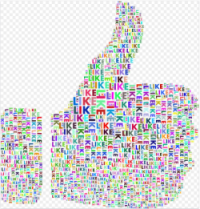 Throughout lockdown, social media outlets have buzzed with discussion forums, book groups, notices of virtual conferences and training sessions, animated exchanges of ideas and advice. At last, it seems Scotland is on track to get the early level right.

So for anyone who cares about early child development, there’s real hope that ‘the new normal’ will be one that releases the potential of all our children … with transformative effects on Scottish education and society as a whole.

Meanwhile, down in the Other Place 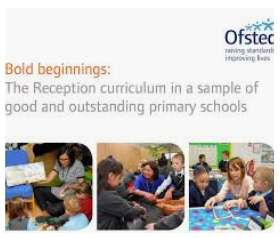 Spare a thought, then, for early years professionals (EYPs) in England.  Their version of CfE’s early level is the EYFS (Early Years Foundation Stage). They’ve had a statutory framework covering the entire three to six age-range for over fifteen years – so no nursery-primary fudge.  But ever since EYFS’s inception, EYPs across the divide have battled to maintain its ‘bottom-up’ developmental ethos and commitment to play-based pedagogy.

Meanwhile, thanks to the English government’s devotion to tests and targets, the proponents of a ‘top-down’, developmentally-inappropriate standards agenda have grown ever stronger.  Eighteen months ago, Ofsted published a discussion document called Bold Beginnings, which couldn’t have been more different from Scotland’s Realising the Ambition.  It calls for more rote learning of number facts and phonics, more desk-based practice of handwriting skills and more emphasis on formal teaching. 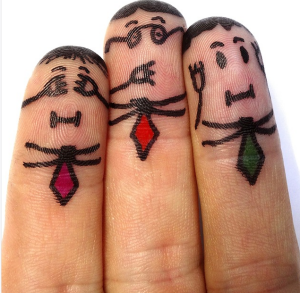 In fact, Bold Beginnings illustrated that – despite a decade and a half of EYFS and a rapidly-growing mountain of research-based evidence – the movers and shakers in English education have failed to acquire any understanding of early child development.

The British Early Childhood Educational Research Association (BECERA) – supported by the British Educational Research Association and just about every early years organisation in the land – commissioned an exhaustive research review, which explains the fallacies in Bold Beginnings. They sent it to Ofsted and the Department for Education via the internet and as hard copy, with letters of endorsement. But to no avail. This summer, the DfE published proposed changes to the EYFS which more-or-less mirror Bold Beginnings’ suggestions.

Early Education has responded in writing and a coalition of EY organisations have responded via a video and petition.  Sadly, so far the DfE has ignored both and continues to urge schools to become ‘early adopters’ of the revised EYFS this September – strongly suggesting that the reforms will go ahead.

A question of culture 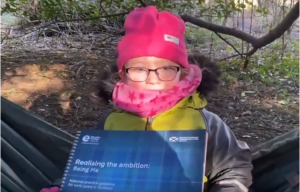 It seems the contrast between the two countries couldn’t be greater. So up here in Scotland – as we bask in the warm glow of Realising the Ambition – it’s tempting to feel somewhat superior. I mean, our country is actually ‘following the science’, isn’t it? We’re finally going to do the right thing for our youngest children…

The trouble is that hardly anyone outside the EY sector knows the first thing about Realising the Ambition or the developmental neuroscience on which it’s based.  The general population of the United Kingdom – including politicians, the media, local authority officials and most of the educational establishment – is still blissfully unaware of the realities and subtleties of child development.

Scotland’s early years sector may be looking towards the broad sunlit uplands … but so did the English early years sector when the EYFS was established. For fifteen years, they’ve fought tooth and nail to establish and maintain a developmentally-appropriate curriculum … but the cultural climate of the United Kingdom has remained firmly against them. 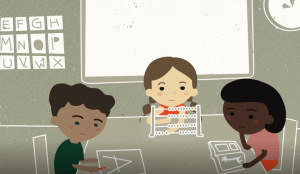 Thanks to a decision in the Westminster parliament in the late 1860s, state-funded education in the UK kicks in when children are four or five years old. Parents, politicians, media gurus and the general public therefore expect children get cracking on the three Rs at this tender age (even though it’s much earlier than science decrees and most other countries  think sensible).

The reasons those parliamentarians chose such an early start were economic rather than educational and there’s never been any scientific justification for it – indeed, research clearly shows that, in terms of children’s long-term well-being and educational achievement there’s ‘nothing to gain and much to lose’ when formal schooling begins before six or seven.  But the expectation is there, deeply embedded in our national culture.

Another consequence of sending children to school at age four or five for 150 years is that the UK doesn’t have a tradition of play-based ‘kindergarten’ care and education for the under-sevens, as they do in other northern European countries.  So, although more than 150 years’ worth of developmental science backs up the principled guidance of Realising the Ambition, it hasn’t yet penetrated Scotland’s national consciousness.

Towards the sunlit uplands! 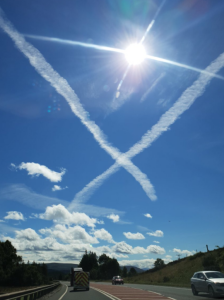 The current situation in England is a timely warning. Here in Scotland, we mustn’t become complacent about RtA.  The EY sector still has much work to do, to make sure that the research and pedagogical principles underpinning Realising the Ambition are understood well beyond the nursery and Primary 1: 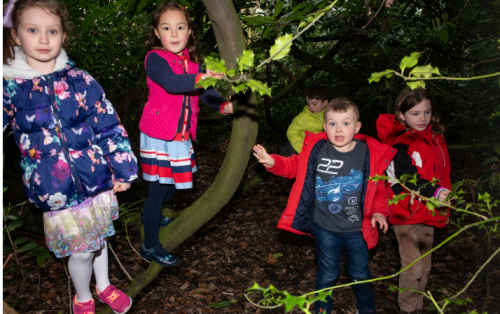 To realise our ambitions for our youngest children, we need the entire electorate to appreciate that early childhood experiences have huge implications for our nation’s health, well-being and economic success in the future. And that it’s therefore worth paying out tax-payers’ money to provide the best possible care and education.

In fact, we need culture change.  Deep, unconditional culture change.  So Upstart Scotland will continue our campaign for a ring-fenced, relationship-centred, play-based kindergarten stage (3-7yrs). Please help us to keep spreading the word!