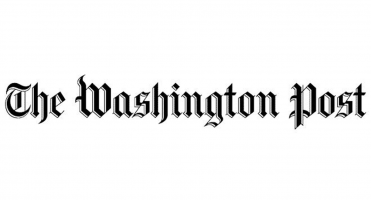 Pushing children at early ages likely to be unproductive

A new book by a professor at Vanderbilt University School of Medicine says that the nationwide push to teach children increasingly more complex concepts at earlier ages is likely counterproductive. In The Intuitive Parent: Why the Best Thing for Your Child Is You, Stephen Camara looks at at  an emerging body of research and finds, among other things, that:

Camarata is a professor in the Department of Psychiatry and a professor of Hearing and Speech Sciences at Vanderbilt University School of Medicine. He is also an associate professor of Special Education at Peabody College at Vanderbilt. This was adapted from “The Intuitive Parent: Why the Best Thing for Your Child Is You” by Stephen Camarata, PhD. with permission of Current, an imprint of Penguin Publishing Group, a division of Penguin Random House LLC. Copyright (c) Stephen Camarata, 2015.

Given the nationwide push to teach children more and more complex concepts at earlier and earlier ages, you’d think that there surely must be an extensive scientific literature to support these efforts. Not only does no such data exist, but an emerging body of research indicates that attempts to accelerate intellectual development are in fact counterproductive.

Recently, a lead editorial in one of the most prestigious scientific journals in the world, Science, questioned why middle school children were being taught college and even graduate-school-level cell biology concepts when their developing minds were not yet ready to receive this complex information. How meaningful was rote memorization of features such as the Golgi apparatus, the editorial asked, if the children had not been taught the knowledge foundation and acquired problem-solving abilities in the underlying areas of cell structure, chemistry, and biology?

This problem is endemic to the entire educational enterprise, starting with preschool. Worse, the emphasis on “an overly strict attention to rules, procedure, and rote memorization” has extended even into the cradle, manifesting as “helpful guidance” to parents about how to “prepare” babies for future academic demands. The approach is displacing commonsense, intuitive nurturing time with “schoolwork” at home and in preschools across the country at ever younger ages.

Unfortunately, several factors are coalescing in modern society to change the emphasis in education from the development of reasoning to increased rote learning. Foremost is the ongoing pressure to “prepare” a baby’s brain to participate in traditional school-style learning at ever earlier ages. Many have questioned the wisdom of doing this, and a number of leading scholars have publicly worried about whether these efforts are damaging our children and stunting their intellectual growth. But so-called success in school is a high-stakes enterprise that weighs on the minds of parents from the time the baby is born, or even sooner.

In 2006, Dr. Ashlesha Datar, a social scientist at the RAND Corporation, conducted a study comparing children entering kindergarten “on time” to those whose parents held them out for a year. Professor Datar reported: “I find that entering kindergarten a year older significantly boosts test scores at kindergarten entry. More importantly, entering older implies a steeper test score trajectory during the first 2 years in school.”

Consider the implications of this research. Simply waiting until a child is older dramatically increases scores on kindergarten entrance exams. Is the child more intelligent? Does she have a higher potential than she had the year before? No! It is simply a matter of schools trying to teach too much too soon. Parents are responding by simply waiting until their child is more mature and his or her brain is more fully developed in order to take on academic material that should be taught to older children.

The impact of accelerated testing has had a disproportionate impact on boys. Studies have shown that the highest scores on kindergarten entrance exams are attained by older females. Although it is certainly true that both boys and girls show significantly higher entrance scores if they test when they’re older compared to those who’ve entered kindergarten at the usual age, this difference is even more pronounced when comparing older females to younger males entering on time. When a boy who is perfectly intelligent and on target in terms of physical and mental development attempts to enter kindergarten at the usual age of five years old, he will be at a significant disadvantage relative to the older boys and especially relative to the older girls that parents have held out of kindergarten for a year.

More than 35 years ago, professors Ken Hopkins at the University of Colorado and Glenn Bracht at the University of Minnesota studied the stability of IQ scores in the same children by testing them each year over a 10-year period, from when they entered first grade through eleventh grade (junior year of high school). The results showed that the scores of the kids in their sample were highly variable—meaning unstable—from year to year in first, second, and third grade, and were relatively variable until after a child finished fourth grade. Only after that, when the children were around age ten or eleven, did the scores become much more stable.

This finding that IQ scores obtained in kindergarten and early grammar school are not very stable has been repeatedly replicated. Professor Michael J. Roszkowski, at American College in Pennsylvania, completed a study designed to examine whether the earlier results would be the same if different kinds of IQ tests were used. His findings were highly similar to those reported earlier: There was considerable variation in IQ scores when children were retested. He noted that 68 percent of the students had higher IQs in fourth grade than they had in first grade, with the highest gain being 27 points! In simple terms, this child went from average (IQ of 103) to gifted (IQ of 130) after only three grades. Consider what this means for kindergarten testing: A school would miss out on some very talented students if they mistakenly believed that early testing provides an accurate estimate of a child’s long-term potential.

But schools continue to use entrance testing regardless of its unreliability, and the pressure some parents feel to secure places in prestigious schools by the time a child reaches kindergarten has induced them to push their children to be “successful” test takers at ever younger ages, reaching down even into infancy. Parents themselves begin “teaching to the test” by drilling their toddlers on vocabulary, numbers, letters, and other items usually encountered on kindergarten readiness tests, well before babies’ and toddlers’ minds are ready to appreciate and integrate this knowledge.

In a nutshell, there are two primary difficulties parents must address in modern education: 1) an increasingly irrational, accelerated curriculum that pressures children to learn material— and parents to teach it—long before their developing minds are ready; and 2) a one-size-fits-all assembly-line process based on age level rather than ability level.

There are a number of potential solutions to these challenges, and they fall into two broad classes. First, parents can work within the existing public or private school system and with individual teachers to adapt the classroom—and its curriculum—to meet their child’s needs. The second solution is to seek an alternative education. Both solutions can be successful: The truth is that all good teachers naturally and intuitively meet their students where they are intellectually. Unfortunately, however, increasing federal, state, and district- wide micromanagement of curricula in many public schools and spillover of this approach into some private schools is making it difficult for even the best teachers to follow their own instincts about how to best engage and teach individual children.

My suggestion is to interact with the teachers and do your best to individualize your child’s lessons. A helpful strategy is to observe your children doing their assigned work and to notice which items they can easily complete, which are a bit more difficult for them, and which ones they simply cannot do. Work with the teachers so that your child is responsible for the easy items and the ones that are of moderate difficulty. Try to negotiate holding off on the impossible items until your child is ready.

A second strategy for intuitive parents seeking to address the mismatch between current educational practices in their child’s educational needs is to seek alternative programs. These can take the form of Montessori, Waldorf, or other schools that overtly and automatically individualize their curricula to meet each child’s developmental needs. Many public school districts offer charter schools or magnet schools that provide alternatives to a one-size-fits-all educational approach, and there are private options as well in many cities.

Other intuitive parents take on homeschooling as a potential alternative solution. Historically, homeschool programs were often organized around concerns that religious beliefs and values were not being included in public school curricula. More recently, many more homeschool programs have been developed specifically to foster academic achievement based on each child’s individual learning style. Homeschooling is not for everyone, and it can be difficult to distinguish between the roles of parent and teacher at home! On the other hand, for parents who are on board with it, homeschooling can be an excellent alternative to other kinds of education. This option and curriculum are available also available for limited amounts of time, and be very effective for when there simply aren’t good choices for schools at specific times in your children’s development.

Regardless of which solution is right for you, the key is to be actively engaged in your child’s education.