Rules, rules, rules and we’re not allowed to skip

Despite the breadth of research on the educational transition of young children, there has been little evidence in Scotland of this knowledge impacting on everyday practice.  The overall contention emerging from the literature is that some children positively embrace the experience, while others face challenges and risk failure and regression.

Unique life journeys involve differences from individual experiences: children construct and elaborate their knowledge. The views of children can (and do) add nuance to our understanding of how power impacts on their transition experience and I found children’s accounts of discipline strategies used by the schools insightful. The following excerpt comes from William (5 years) who had recently begun primary 1 and started the interview by stating that he was ‘bad’:

William: Not sure.  I didn’t know when I started [school]. 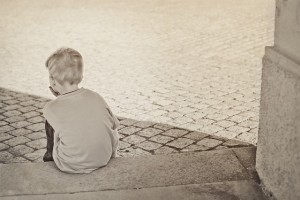 William: They get punished.

William: It means they get whacked [actions hitting his hand] something like that, I can’t remember.

Me:        Have you ever been there when any child of the children have been punished?

William: They have to switch classes. ‘Cos once they have done that once, you can’t change classes you have to move out.

Me:        Can you tell me why children are punished – because they don’t do their writing properly [referring to something said earlier]?

William: And…and…em because, because if you don’t do it neatly you don’t get to go into a different class like…like…like…if you do that ten or 20 times you have to stay in class up to next year [said with emphasis] for the rest of the year.

William: We just knew…and once she told me…well I was quite naughty…now I am this naughty [opens his thumb and forefinger to show a little gap].

Me:         I find it hard to believe you were naughty.  I don’t think of you as naughty [I knew William from his time in an early years setting].

William: Well that’s because you don’t know me now…I was littler then…and I never thought this is what I would grow up as. 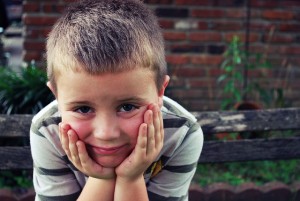 William talked of being ‘scared…very scared…’ Clearly, the school system had failed to instil a love of learning, self-expression and pride in this young person – merely succeeding in making sure that he conforms and continues to conform.  What is mindless conformity worth at the expense of intellect, confidence and sociability?

In my study, I argue that the problems experienced by William and other children are related to Scotland’s very early school starting age (4/5 years, as opposed to 6/7 in most of the world).  Children do not all develop at the same pace and I argue that, at this comparatively early stage in development, they would benefit from a pedagogical approach based on unhurried, guided participation, without undue pressure to achieve a pre-specified level of knowledge or proficiency at a given age.

However, my study showed that children were instead expected to become acquiescent, adjusting to coercive practices used in the school institution. Although my findings also showed that some children found ways to creatively resist organisation, most were keen to obey the rules of the school.

Unfortunately, this resulted in some children whom I had known to be very independent in the early years setting becoming reliant and dependent on the teacher’s direction.   I do not mean to set up a false dichotomy here, between independence and dependence, as children can be somewhere in between those two constructs; however, the children seemed now to find themselves unable to perform outside the structure.  That is, children who would have previously made self-animated choices, such as putting their coat on when they went outside at break time, or deciding when to eat, no longer had a choice: they subsequently put on their coats on under the direction of the teacher. 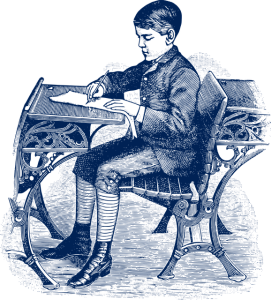 the role of a school child, who followed the rules and learned how knowledge circulates and functions.  The individual interests of the child were often sacrificed in favour of controlling behaviours. My study therefore suggests that – due in part to our early school starting age – social inequality and imbalances of power are at the heart of school life.

When the children arrived at school they were tested and grouped according to the results of the testing.  Thus school life appeared to mimic individualistic and nationalistic competition in the global economy.  My study therefore contends that the curriculum has been misinterpreted, inasmuch as there is no room in the school testing system for adults to appreciate that children learn in different ways, or for testing that values diversity between children.

Thus, when these very young children arrive at school they are treated as neutral, fixed entities that are to be ‘institutionalised’ in the broadest sense. The aims of schooling appear to be to prepare children for market competition. The individual capacities of children are under-explored in this industrialised system.  The complex notions of school testing, grouping and target-setting become transparent through exposure: as the Swedish educationist Gunilla Dahlberg recently said, we now ‘put a tremendous effort into taming, predicting, preparing, supervising and evaluating learning’.

The beginning of school life is therefore marked by stratagems and tactics that aim to establish and sustain a classification and ordering of children who already ‘fit’ – to a greater or lesser extent – into the school curriculum. It’s likely that the recent introduction of national standardised testing in Primary 1 will intensify this process.

We have to ask what might be the long-term consequences (for children, the education system and society as a whole) of allowing creativity and individual approaches to be overshadowed by discourses of accountability and economic competitiveness – especially at an age when most of the world’s children can still look forward to one or two more years of unhurried, play-based learning.

Dr Lynn McNair’s doctoral thesis ‘Rules, rules, rules and we’re not allowed to skip’ is an ethnographic study of five-year-old children’s perceptions of starting school, showing how both children and their parents are affected by an ethos based on control.