The Looming Trial of PISA

After the ‘success’ in popular media terms of the PISA test programme to supply international league tables of attainment at age fifteen years in core subjects, the OECD has turned its attention to early learning and development. The proposal is for a new set of tests (IELS) aimed at children between four and a half and five and a half years old, that is before the end of the (F2) Reception Year in England and of P1 in Scotland.

OECD describes the purpose of these tests in this way: ‘Information from this new OECD study on children’s early learning will provide insights on the relative effectiveness, equity and efficiency of ECEC systems and also on the focus needed in early primary schooling. The study will also include a focus on the impacts of children’s home learning environments.’ [1] 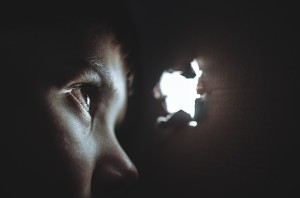 Professor Peter Moss of the Institute of Education, UCL, warns us: ‘The plans for the IELS have been gestating over several years, and OECD member state governments have been consulted during this period. But the wider early childhood community of practitioners and academics has not been; the OECD has shown little interest in opening up their proposals to public scrutiny and debate……. The DfE in England has similarly made no attempt to inform and consult, either on the wider OECD plans or on England’s participation in IELS.’ [2]

We know that England has signed up to pilot the tests as the government has very recently asked for expressions of interest to tender for the contract to produce and manage the tests following the OECD brief. Other northern European countries, including Scotland, have apparently declined. But given the willing participation of so many nations in the older PISA tests and the store set by those results by governments, this is certainly the thin end of the wedge.

What kind of wedge and why is it such a bad prospect? In many countries of the world, formal schooling starts at six or even seven, the age at which Upstart argues formal education should begin, preceded by a kindergarten stage from age three, with the emphasis on children’s social and emotional development and active, outdoor play.

But in England, we now have children from two years old to five years old in school-based nurseries, before the relatively early start to more formal structures in Year One and the beginning of national testing at six and seven. To many in other countries, and to those of us who have followed research over several years, there is a real danger in over formalising too soon. The ‘readiness debate’ is part of this and is perhaps shown best by the rather polar opposites of the OFSTED document ‘Are you Ready?’ [3] and the Whitebread and Bingham paper ‘School readiness: a critical review of perspectives and readiness.’ [4] 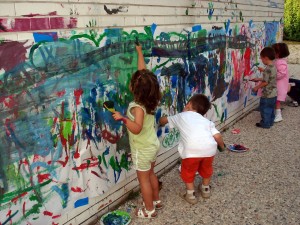 The former is very centred on the need to have all children fitting a ‘mould’ by the time they enter formal schooling while the latter is much more concerned with schools’ abilities to offer each child what they need to develop over a less restricted time scale. Again Upstart, in maintaining we should aim for seven rather than five as a time to begin to move towards more formal methods, shares the view that children will become developmentally ready with sensitive and gifted practitioners at their own pace, as opposed to responding to pressures to conform to an abstract set of standards dictated from above with no view of individual contexts.

A testing programme not only intrudes on children’s development at an artificial point but also has a washback effect on the pedagogy that precedes it. Our ECEC practitioners are more than capable of offering a really good start to young children if they are allowed to use their national Early Years framework as they wish to and know how to, using pedagogy they believe in, and making the assessments they know will support each child’s development. These practitioners have expertise and belief in children and confidence that their assessment is ongoing, shapes and responds to development and is not dependent on a specific time, a reliance on tablet testing formats and artificially divided between four domains of ‘knowledge’ (all of which the IELS will involve).

On the other hand, Nick Gibb, from the English Department for Education, who was recently pictured beaming in front of a writing display of modelled (and maybe model) sentences in a pre-school classroom, spoke this week about the harm done by child-centred pedagogies, quoting OECD evidence to justify his claims.[5] This is the indicator of where a new PISA structure for five-year-olds will go. Not maybe, but certainly.