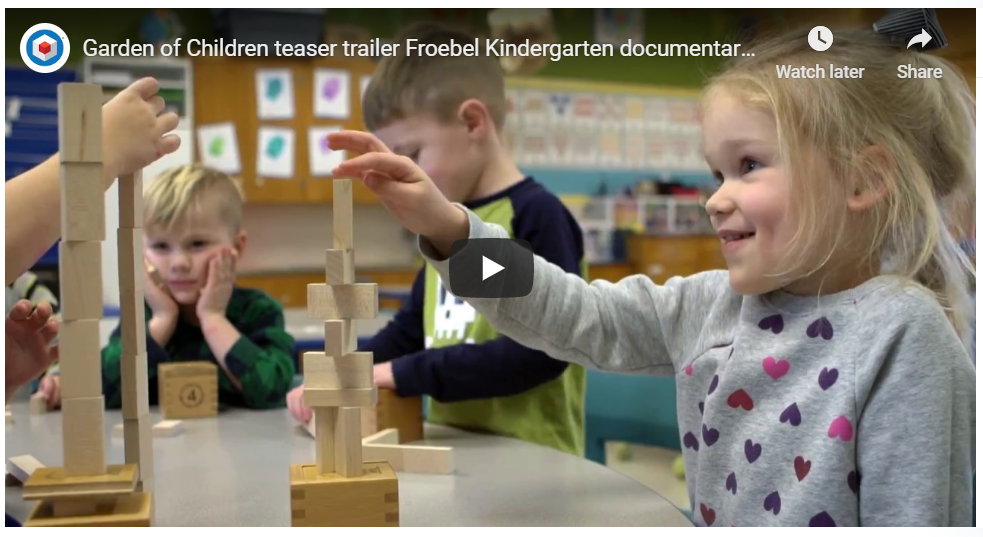 Three guys and a dream

Here are the three guys. Their dream has a lot in common with ours.  It’s to remake the the American education system in a way that prepares children for the 21st century and beyond. That would have to start at the very beginning, by reinstating a relationship-centred, play-based kindergarten stage for the under-sevens.* 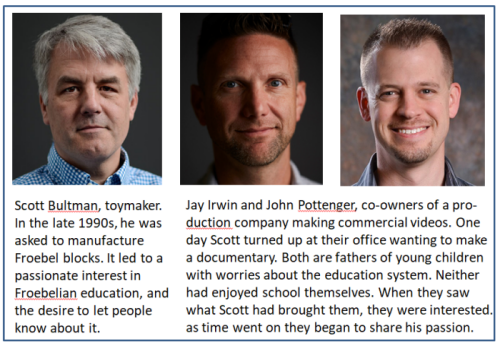 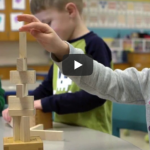 I first became aware of their project a couple of years ago when I found this two-minute trailer for a documentary film called Garden of Children. Please watch it, it’s great! I tracked Scott down on the web and asked if we could show the film in Scotland. The idea went on hold because at the time they were trying to sell it as a documentary series to an American TV channel.

That quest is still continuing, but in the meantime, they’ve decided to spread the word by turning scores of interviews with early years experts – practitioners and academics – into podcasts.  These will be released via their website, Path to Learning.

If you click on this link, scroll down and listen to the introductory podcast (‘where three ordinary guys explore the world of education – what’s working, what’s broken and how we can advocate for children’) you’ll see how much they have in common with Upstart Scotland. 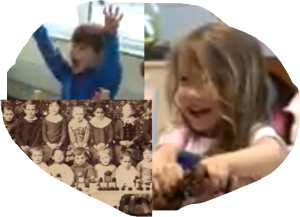 The interviews already posted on Path to Learning are fascinating – teeming with information, ideas and insights into child development and principled play-based pedagogy. Now that many practitioners and parents are stuck at home because of the coronavirus crisis, podcasts like this are a great way of using some of the free time suddenly at our disposal.

It’s also a time when there is real possibility of change. In Scotland, we have Realising the Ambition to kickstart a move towards genuine play-based practice. Down South, our sister organisation Keep Early Years Unique  and More than A Score are campaigning tirelessly for the rights of young children to developmentally-appropriate, test-free education and care.

And by the end of this crisis, parents will know a lot more about the way their children play and learn. If we can get our message out now, they’re likely to listen… Let’s hope the same will apply to parents across the pond, and these podcasts will help begin the culture change the English-speaking world so urgently needs.

*In the USA, there’s a kindergarten year for five- to six-year-olds. In the past this was relationship-centred and play-based but over recent decades it has been increasingly ‘schoolified’.