Why ‘Too much too soon’ won’t close the attainment gap

Last Wednesday, via the wonders of live streaming, I tuned into a conference in the USA.

In Tennessee, a large-scale programme to improve disadvantaged four-year-olds’ school attainment is getting the ‘wrong’ outcomes. Although results were great after one year, the advantages then began to fade out and after two years had more-or-less disappeared. Indeed, six-year-old children who didn’t follow the programme are now doing slightly better on some measures.

‘We know high-quality pre-school is good for kids,’ the conference speakers agonised. ‘So what’s gone wrong?’

It seems patently obvious to me what’s gone wrong … and what could so easily go wrong in Scotland if we don’t take notice of what’s happening worldwide.

The Tennessee programme is aimed at ‘school readiness’ so it focuses on pre-literacy and pre-numeracy skills, along with preparation for formal class-based learning. Its results mirror those of the US High/Scope Perry research study fifty years ago, except that in 2016 the disadvantages of a ‘school readiness’ approach seem to be apparent rather earlier.

Have a look at this short clip of David Weikhart, the Perry Project researcher, talking about his findings. His study compared the effects of three different pre-school approaches over the course of thirty years:

Weikhart found that the ‘formal nursery’ children had more emotional and behavioural problems throughout their school careers than the other two groups and by the age of 27 were more likely to have been involved in crime, to have problems with personal relationships and more difficulty holding down a job. They were also less likely to vote. 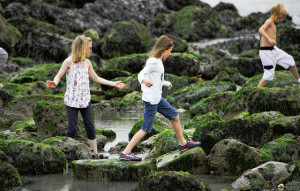 As other research projects have found, a too-early start on explicit ‘school readiness’ can have adverse social and emotional consequences, especially for children from disadvantaged backgrounds. The most recent of these studies – The Gift of Time? (2015) – is the first to compare the approaches of early-start English-speaking nations with those in Nordic countries, where the emphasis for children between the ages of three and six is on nurture, nature and play.

This is why Upstart is so worried about the Scottish government’s draft benchmarks for the Early Level – that is, the outcomes children are expected to achieve by the end of P1, the year they turn six. Here’s a selection:

You can see the full list of Scotland’s literacy benchmarks here – and those for numeracy are similarly taxing. Their publication – and the P1 assessment to which they’ll be linked – is bound to affect parental expectations and pre-school practice, and to ensure that P1 teachers in most schools are highly focused on literacy and numeracy skills.

There’s no doubt that some children are capable of achieving these outcomes under their own steam and that many others can be satisfactorily trained to do so. The great question is: Is it in their long-term interest? In the words of Professor Howard Friedman, lead researcher in another long-term study with similar results to the Perry Project:

‘I’m very glad that I did not push to have my own children start formal schooling at too
young an age, even though they were early readers. Most children under age six need
lots of time to play, and to develop social skills, and to learn to control their impulses.
An over-emphasis on formal classroom instruction – that is, studies instead of buddies,
or “staying in” instead of “playing out” – can have serious effects that might not be
apparent until years later.” 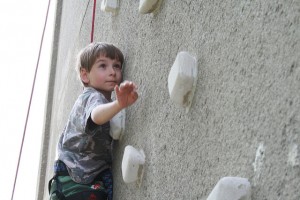 Childhood is a time when children are primed by evolution to prepare themselves for life, not just school. Up to the age of seven, they need time to develop physical fitness, coordination and control, social and communication skills, the emotional resilience to cope with lifelong challenges and the self-regulation skills needed for formal learning.

In short, they need a childhood. And in every culture at every time throughout human history, the most important ingredients of childhood have been sensitive adult nurture, self-directed play, and plenty of opportunities to be outdoors in natural surroundings. Biological evolution is a long, slow process so these ingredients aren’t likely to change soon.

With the rapid decline of outdoor play over recent years, it’s desperately important that politicians in charge of state-sponsored childcare and early education recognise children’s biologically-determined developmental needs. And that parents are properly informed about them too.