Bold beginnings – why not more men in Early Level?

My favourite primary teacher was Mr Kinsey.  He was kind and funny, had travelled all over the world and had loads of interesting stories to tell.  I found myself reminiscing about him recently, in a conversation on post-COVID recovery with a fellow writer for Sceptical Scot called James Urquhart. 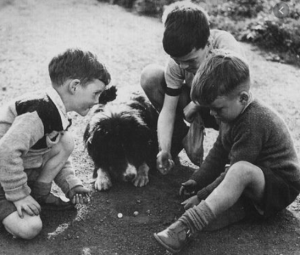 Having both grown up in the 1950s, James and I were chatting about how good the provision was for us kids in the aftermath of the Second World War. We’d been born into the first years of the welfare state and excellent health care from the newly-established NHS (regular dental, eye and hearing checks, free orange juice and cod liver oil at home and milk to slurp at school). But – unlike today’s children – outside school hours we were free to play outdoors under the watchful eyes of our local communities. Which was brilliant!

And we both agreed that the coming year is a wonderful opportunity to re-envisage that welfare state for the post-COVID generation of children. 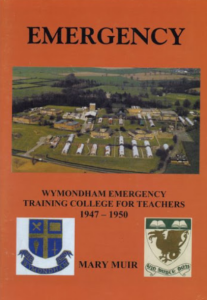 Which brings me back to Mr Kinsey. The reason I was lucky enough to have him as my teacher was another post-war initiative. On his return to civvy street, Mr K had signed up to an emergency teacher training scheme for ex-servicemen. There were three youngish male teachers at my primary school, all of whom arrived as a result of that scheme, and whose presence really cheered the place up.

Over the last few years, Scotland has been struggling to increase the early years workforce to cater for the 1140 hours expansion of early learning and care. They’re well on the way, but could still do with more well-trained staff.  And, having talked to people on the current training schemes, I know there are battalions of enthusiastic folk out there who are going to do great things in early years.

There’s also real interest, thanks to Scotland’s new practice guidance, Realising the Ambition, in introducing play-based pedagogy in Primary 1 and 2. And wouldn’t it be wonderful to have people working right across Early Level with up-to-date training in child development, play-based pedagogy and the importance of play and learning in the outdoors? 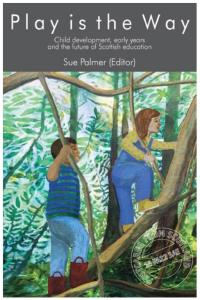 Indeed in Chapter 11 of Upstart’s book Play is the Way, three eminent Scottish academics call for a ‘blended workforce’ for the three to seven Early Level age group – not just teachers, but early learning practitioners (ELPs).  A few schools brought in ELPs to help deliver play-based pedagogy a couple of years ago and found it very successful.  And, since many primary schools struggled with staffing issues even before COVID, I’m sure head teachers would appreciate an influx of skilled ELPs into the first two years of primary school.

So James Urquhart and I started wondering ‘how about a post-COVID emergency training scheme for ELPs?’ 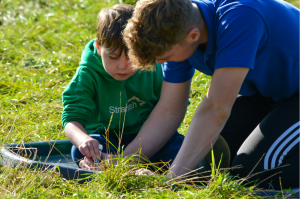 I seem to have been having lots of conversations about ‘the way forward’ recently.  During another phone chat, I communed with Steven White, one of a number of men in Scotland with an interest in outdoor education who are now involved in running outdoor nurseries.

It’s great to see more men in coming into early learning and care – indeed, the Scottish government has been trying to recruit them for years, but it’s still only 4% of the workforce.  However, men do seem to be lured into the sector by the prospect of taking it outdoors (if you don’t know why, just listen to Cameron Sprague and Chris McConnell having a chat about it on Puddle Patter!).

So Steven and I wondered if, just as Mr Kinsey and his ilk were recruited into primary education in the late 1940s, more men might be recruited into early years by Scotland’s increasing interest in getting young children outdoors and active – especially if it means working with children up to seven, rather than five, years old. 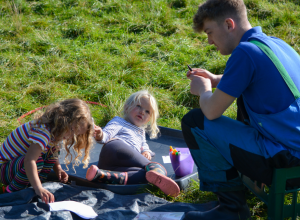 The Scottish government has now recognised how important being outdoors and active is for the three to seven age group, and the nursery sector has been making great strides in this respect.  Sadly, at the moment, the emphasis on outdoor learning tends to stop when children transfer to primary school … but if the emergency ELP training scheme were to focus on it, perhaps we could also achieve Scotland’s ambition to recruit more men into early years? 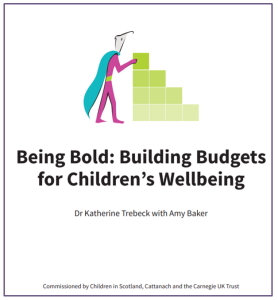 On Tuesday, 9th March, the Scottish Parliament held a Members Debate about Upstart Scotland, during which it became clear that the idea of a kindergarten stage is gaining traction.  Obviously, there won’t be much money available in the coming months and years, so it’s important to spend what there is wisely.

Children in Scotland (the umbrella organisation for children’s charities) has also been thinking about this and has just published Being Bold: Building Budgets for Children’s Wellbeing, which I earnestly hope the Scottish government will read.  I wonder if they might consider devoting some of the budget to introduce a blended workforce in the Early Level, helped along by an ELP recruitment drive with a focus on outdoor learning?